WATER DAMAGE AND FLOODING ARE DIFFERENT THING, SO DON’T SAY “FLOOD” OR “FLOODED”

This is one of those “better safe, than sorry” tips. Most insurance companies won’t play games and pretend that when a pipe bursts in your home it was the same thing as the Mississippi overflowing its banks and submerging your whole region. However, no standard homeowner insurance policy covers floods. So, protect yourself by making sure you don’t describe any water flow or damage as a flood, flooding, or the consequences of a flood. Even if your insurer bows to common sense eventually, a challenge might take months; leaving you to take care of bills you should have already been reimbursed
for.

BE CAREFUL WHEN YOU CLEAN UP

This tip is related to the one above. If there’s clear evidence that your damage was caused by an accident, storm damage, etc. leave it in place if possible. You’ll have to balance this with the need to “mitigate loss” by preventing further damage, but don’t create a situation where what caused the
damage is your word against the adjusters. If you have to move something or repair it, take a photo as proof. Which leads us to…

In the smartphone age, this one is easier than ever. Document the damage carefully, as well as your efforts to reduce the loss. You can expect the insurance adjuster to take plenty of photos as well; the combination of photos will tell the whole story. Even better if these “after” photos can be to “before” photos from the photographic home inventory you took. It will strengthen your case if there’s a dispute over how much something was damaged or what shape it was in before the incident. If in doubt, shoot a
picture.

FULLY DOCUMENT ANY INVOLVEMENT BY OTHERS

If your water damage was caused by the actions were by the negligence of another person. Say, your upstairs neighbor had a burst pipe; you’ll want to document what happened and get their vital information. Collect their name, contact information, insurance company name, and policy number. If others caused the water damage their insurance company will naturally be responsible for paying for it so, you may get your deductible back from your carrier.

KNOW WHAT YOU CAN EXPECT FROM TEMPORARY HOUSING

Either well in advance of a disaster or during the first call to your insurer’s claim department, find out what your insurance company will pay for meals and temporary housing (motel, etc.) if you have to leave your home while your water damage restoration company does its work. It’s not common that a homeowner will have to leave their home but it is important information to know just in case. Often this “loss of use” compensation will be capped at 20% of your total coverage but be sure to have a firm number from your carrier. Keep detailed records of what you spend from when you evacuate to when you return home. 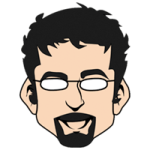